One of the many noticeable and talked about distinctions between a high end and low end SLR/ DSLR is the Viewfinder. The viewfinder is the upper most part in a SLR/DSLR camera, which looks more like a roof.

The basic function of a viewfinder is to transmit the image from the lens to the human eye. For this the OVF employs the use of two kinds of mechanism the pentaprism and the pentamirror.

Currently, there are two types of viewfinders found in all cameras, The OVF (optical viewfinder) & the EVF (electronic viewfinder).

The OVF works according to the laws of optics and reflection while the EVF is an electrical and digital viewfinder.

Earlier photographers had to look down to preview the image they wanted to capture. But with the introduction of the pentamirror and pentaprism viewfinder, the image is directly projected to the naked eye before it is captured.

To a normal eye, there may seem no difference at all between any viewfinders. But the construction and performance of both viewfinders are the biggest difference.

What does a pentaprism do?

Pentaprism is more like a prism, constructed as a single solid block of high quality glass. Pentamirror is of similar shape and size, made by the accumulation of plastic mirrors, with a hollow space in the middle, where air can enter.

If you remove a pentaprism from the camera, you will see that 3 of the 5 sides are coated from outside in black with a special compound so that it doesn’t reflect and retains light. The light from the lens enters from one uncoated side and exits from the other uncoated side onto to the viewfinder. These two sides are also known as the air/glass interface. This mechanism keeps light loss to minimum and produces brighter images on the viewfinder than the pentamirror.

The pentamirror also works similarly. But, the fact that it is not a block of solid glass and is made from separate mirrors causes a bit more light loss than compared to a pentaprism. This is basically because there is air in the middle instead of glass. So, each mirror of the pentamirror has an air/glass interface.

Because of this light loss, images viewed through a pentamirror mechanism would appear darker, making focusing difficult in low light. And even the quality and design is such that, the dust and air entering it can degrade it through time.

Camera installed with Pentamirror usually costs lesser than the pentaprisms.

With the exception of their design and weight, there is not much difference between the pentaprism and pentamirror. Both the mechanism does not affect the quality of the final image. Because the moment you press the shutter release, the viewfinder will go dark for some seconds. At that moment, neither the pentaprism nor the pentamirror is in use, than pentaprism is worth the take.

It would not be fair to rule in favor of any one mechanism, simply based on the cost factor. Although there are some brands like Pentax, that provide pentaprism in almost all of its cameras.

So if you are looking for a more durable and high quality viewfinder and are planning to use manual focus more, then pentaprism would be an ideal choice, especially for shooting in dim conditions. But if your aim is to just own a camera and occasionally capture moments, pentamirror would be pretty good considering it won’t blow a hole through your pocket.

Mirror-less cameras have become the best seller in the recent market. It has the same built up as the SLR/DSLR Cameras. The most basic difference between a DSLR camera and a mirror-less camera is that the DSLR constitutes of a mirror behind the lens which reflects the light from the lens into the viewfinders. This mirror flips upwards when the shutter is released, so that the light passes from the lens, directly onto the sensor hence capturing the image. On the other hand, the mirror-less camera, does not include a mirror behind the lens. The light directly reflects on the image sensor.

Because of the absence of this mirror and the pentaprism/pentamirror viewfinder, the mirror-less cameras are less bulky. It uses the EVF viewfinder.

There are 2 types of mirror-less, pocket cams like cyber-shot and MILC- mirror-less interchangeable lens camera, where you can attach a lens just like a DSLR camera.

There are some other differences too between the dSLR and mirror-less cameras, which can make it easy for you to select the best.

Body is smaller and thinner than a DSLR, making it easy to carry around. But there are some mirror-less camera that share the same built as the DSLR cameras.

Because there is no mirror flipping upwards while releasing the shutter, mirrorless cameras can shoot more photos per second, at higher shutter speeds.

Display of information on the viewfinder

The EVF of the mirror-less camera is also quite impressive. It displays any information you want from histograms to live-exposure data, Unlike the OVF installed in the DSLR, which just frames. As it uses an EVF, the LCD uses the battery faster compared to the DSLR. So, mirror-less cameras might have batteries that drain faster.

The major difference is that of auto-focus. Recent mirror-less cameras have hybrid autofocus, which utilizes both phase and contrast autofocus. This makes it more suited for video. It also has in-body stabilization.

That said, most photographers still rely heavily on what their eyes can see before they capture the image. So they are in favor of the DSLR camera. But many are converting to mirror-less because of its advantages. Also mirror-less cameras are not that expensive compared to a DSLR.

Future innovation will give us the decisive winner. But until then these are some of the factors based on which you could decide which is best for you.

Mirrorless cameras are usually lighter, more compact, faster and better for video; but it has fewer options when it comes to lens and accessories. DSLRs, offers a wide range of lenses and better optical viewfinders. Due to this, mirror-less cameras are a better choice if you are a beginner or a videographer. But the choice becomes difficult if your focus is capturing still images, with occasional filming. 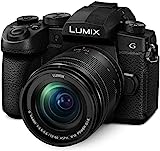 Contents hide
1 What does a pentaprism do?
2 What is Pentamirror Viewfinder?
3 Are mirrorless cameras better?
3.1 Size and weight
3.2 Shooting speed
3.3 Display of information on the viewfinder
3.4 Auto-focus
3.5 Related posts: