A script template is a structure that defines how the visual, aural, behavioral, and lingual elements of a documentary, video, movie or drama will appear in the post-production stage.

A good template extends an outline that paints a picture of how the final product will look like. Hence, you can prepare, arrange, and proceed with your documentary project.

If you’ve found this blog post because you’re searching for tips on how to prepare a template or shot list for your documentary project, you’ve come to the right place.

Here is our quick guide on how to write a documentary script and script templates to help you. 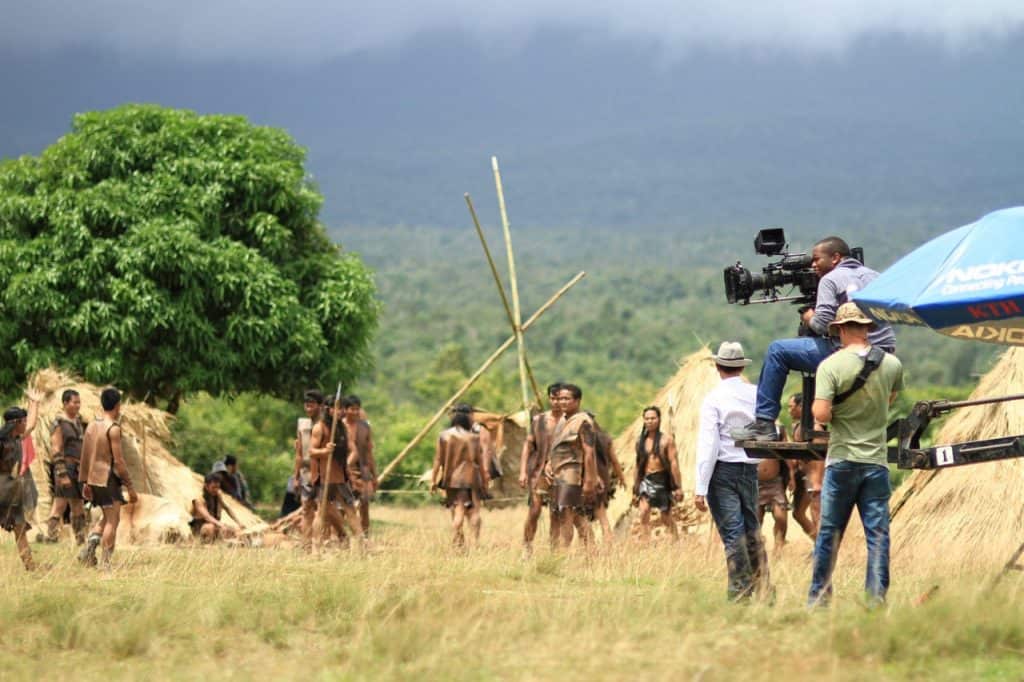 How Do You Write a Script for a Documentary?

When writing a script, think of it as a guide and prepare to slice, dice, and modify it during your video editing process. A lot of things tend to change during this process. Some scenes and quotes that didn’t seem important during the scripting process may become significant during editing.

There’s no perfect formula when it comes to writing a script for your documentary or film. Just start writing the script and find what works for your story.

Below are some few key points on how to write the perfect script templates for your documentary:

Do Documentaries Need a Script?

Naturally, all documentaries are unscripted. Since you cannot fully predict how the events will turn out in your documentary, you cannot write your script beforehand. You will only be able to prepare your documentary script template after collecting interviews, research, and data. After the footage has been shot and you have gathered all the facts and materials, you can now sit down and write your script and narration.

A script template will help you create an exciting story from your raw footage. After examining all the raw video footage, you will be able to come up with a good outline for your documentary script template. It may seem daunting at first but as you arrange the clips into sequences, the big picture will begin to unfold and you’ll be able to tell your story the way you want it.

Does Microsoft Word Have a Script Template?

The answer is a resounding yes. You can create documentary script templates on Microsoft Word. However, setting up everything correctly with MS Word is not going to be easy. This is because you’re trying to create your new own scriptwriting program.

Microsoft Word is a very sophisticated program and if you have mastered its advanced features, you can set it up to do many tasks using macros, hotkeys, templates, and other methods. With MS Word, there’s no need for buying scriptwriting software which can cost you hundreds of dollars.

Microsoft Word is one of the most powerful programs and can be used to make professional script templates. You can use macros or create your own custom style and formatting options. MS Word will enable you to produce great script templates for your new documentary or film in no time.

What Are the 5 Elements of a Documentary?

Making a high-quality documentary film requires a lot of planning, preparation, and incorporating all elements of a good documentary.

Below are the 5 elements you need to make a good documentary film:

Narration is the inclusion of a voice over (narrator’s voice) in a documentary in order to help the audience understand what is happening in the documentary. It also provides them with relevant information. Sometimes the Narrator can be visible on the screen. A good documentary narration should have a clear and logical structure to help the viewer to fully understand the subject.

Location shots are sometimes included at the beginning to provide a setting for your narrative. They are very important especially when discussing or showing where particular events took place. If it’s a historical event, you can use computer-generated reconstructions to paint a picture in the viewer’s mind of how the location looked like.

Music and sound are integral parts of many sections of documentaries. They add drama, emotional tone, suspense, and generate a sense of irony to documentary films.

Graphics are visual scenes that appear on the screen but in the actual sense were not filmed. They are widely used in the opening titles, subtitles, translated text, credits, etc. Computer-generated graphics are often used to create images of ancient buildings, extinct animals, and nonexistent objects. You can also use graphics to explain ideas in a visual diagrammatic form.

If you are writing a script for the first time, the templates above will assist you in the whole process. This guide was expertly designed to help you come up with a great template for your next project.

Contents hide
1 How Do You Write a Script for a Documentary?
2 Do Documentaries Need a Script?
3 Does Microsoft Word Have a Script Template?
4 What Are the 5 Elements of a Documentary?
4.1 Narration
4.2 Interviews
4.3 Live Location Shots
4.4 Music and Sound
4.5 Graphics
5 Conclusion
5.1 Related posts: