Mirrorless cameras are on the verge of becoming the new norm and trendsetter in the market of cameras not just for beginners but also for professionals and photography enthusiasts.

As a counterpart of DSLRs, this device was introduced in the year 2008 with some amazing features adding new dimensions to the world of photography. So let’s see which is better in the debate of mirrorless camera vs DSLR cameras. 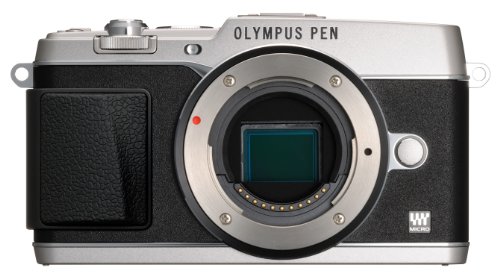 DSLR stands for Digital Single Lens Reflex where the word Reflex significantly refers to the mirror present in the camera body where the image is reflected and sent to the optical viewfinder.

On the other end, the Mirrorless camera is hence called due to the absence of a mirror and optical viewfinder in the camera’s body, and instead, the image sensor is exposed to light giving you a digital preview of the image captured on the LCD or EVF (Electronic View Finder).

Mirrorless cameras have many advantages over their DSLR counterpart in terms of features and handling. One main advantage of this device is the lightweight feature and compactness it incorporates with easy handling and portability due to the absence of the mirror which is present in the DSLR making it extremely heavy and inconvenient.

Apart from this key feature, the Mirrorless cameras are equipped with many other high-end features to give you the best image quality and an exceptional photographic experience.

Focus Distance in the Viewfinder

Furthermore, mirrorless cameras enable you to see a Preview of your Image during Night Photography. It helps you skip the tedious job of capturing a series of long exposures and wait for the image after many trial and errors.

The mirrorless cameras give you the advantage of seeing exactly what the sensor sees directly in your viewfinder.

We are usually deceived with a stereotype that a small device will have a relatively small lens; well that’s not the case in the Mirrorless camera. Even though the size of the camera is small the lens of a Mirrorless is no less than a DSLR.

These adapters enable you to easily mount your DSLR lens on your Mirrorless system.

Moreover, the distance between the lens mount and sensor or the flange back distance in the Mirrorless is shorter as compared to a DSLR which enables it to attach DSLR lenses through external compatible adapters from companies which make their own adapters like Nikon, Canon, and Panasonic to third party adapters like Sigma, Fotodiox, and Metabones.

However, the Mirrorless system also provides a variety of Mirrorless lenses which are exceptional in performance as it incorporates the latest technology and is designed to provide a flawless photographic experience.

The (EVF) electronic viewfinder is one of the key features incorporated in the mirrorless camera. This feature is undoubtedly better than its counterpart the optical viewfinder in the DSLR.

With refresh rates as high as 120fps and resolution up to 5.7m pixels they are extremely sharp and more responsive as compared to optical viewfinders.

It also enables you to view advance options like histogram and waveform monitor directly in the viewfinder and also provides you with the exact image preview before capturing the shot which then helps you modify the settings and capture the shot the way you want it.

In its initial years of entering the market, the Mirrorless camera had to struggle quite a bit in terms of providing a good autofocus feature and failed to compete with the autofocus of a DSLR, however, that is not the case now.

The autofocus feature is extremely advanced in the Mirrorless as compared to a DSLR today as they provide with advanced features like the intelligent subject tracking and eye detection.

Amongst mirrorless cameras, Sony with its Real-Time Eye AF leads the market. Although, other brands have also advanced their autofocus feature with eye-detection in their Mirrorless system to provide their users with the ultimate image quality specifically during low light.

Similarly, the Video Autofocus of a Mirrorless system is much better than the DSLR’s as the mirror has to be flipped to record video in a DSLR which blocks the primary autofocus, eventually, they only end up doing contrast-detection autofocus during the video which is certainly not up to the mark.

The Mirrorless cameras offer more focus points than a DSLR which are spread across the entire frame. These widespread autofocus points can be considered as one of the best features this camera has to offer. The problem a DSLR faces with autofocus is the presence of a mirror in between which hinders the view.

The Mirrorless camera also offers a better manual focus in terms of accuracy that surpasses a DSLR. This enables you to easily view in-focus as well as out of focus images using the focus point magnification.

Higher battery life is one advantage the DSLR has over its Mirrorless counterpart. As the sensor and LCD of the mirrorless camera always remain on an “ON-MODE” which drains the entire battery very quickly.

On the other end, the DSLR provides an all-day-long battery life giving you thousands of exposures and shots which is specifically ideal for professionals covering live events.

Another key factor of preferring a Mirrorless camera over a DSLR is the weight and size factor. Whatever the features may be in the end we all want something that is compact lightweight and handy. As the camera body of Mirrorless has removed the mirror it has ended up making the body extremely lightweight and compact as compared to a DSLR.

DSLRs still incorporate the mirror which makes it heavy and difficult to handle for users. Although there isn’t a vast difference, a few grams do make a difference; however, the size factor will be minimal if you buy a Mirrorless with a large full-frame sensor.

An additional advantage of a compact camera is mostly a DSLR being a heavy and huge camera that is not allowed at specific places and events unless you have a special permit or legit authorization.

If you want to determine the exact brightness level of your desired shot and the dark or white exposure then the live histogram will do the trick for you easily. All you have to do is look into the viewfinder and see beforehand what image you are going to get. The live histogram displays a graph of the scene showing the brightness level and exposure of white and black clearly.

Where a DSLR will only show you a histogram of the image only after you have captured the shot, the Mirrorless provides you with a live histogram right in the viewfinder before the shot which can be considered as a big advantage.

After long hours of waiting you are just a click away from your desired snap as the Mirrorless offers you an exceptional high burst rate than the DSLR giving you the shot, you need in consecutive frames.

Furthermore, the autofocus usually functions best between frames than on a DSLR since it doesn’t need the mirror to locate a focus. This can be considered as an additional advantage while taking burst photography

The facial recognition technology is amongst one of the most advanced technologies used today by officials for security purposes. However, this feature in a camera helps the photographer to automatically identify the subject with sheer accuracy.

Where many photographers prefer manual focus the face recognition technology is extremely convincing not only for face recognition but also for determining the auto white balance meticulously.

Although for a photography enthusiast the click sound produced by their camera gives Goosebumps and motivation, yet some of us prefer to work in silence.

The Mirrorless is not completely silent but relatively produce less noise while taking a snap as compared to a DSLR. It’s a matter of preference here.

The preview of effects is certainly an amazing feature the Mirrorless offers. While shooting a series of shots the photography expert in you thinks that a black and white shot would rather go better with the location. Usually, the shots are taken and then edited, converted, and previewed.

The technologies in cameras have completely revolutionized over a decade and the Mirrorless cameras are the fruition of this revolution. At some point, the DSLR had a few benefits over the mirrorless but those benefits are already taken over as the Mirrorless keeps evolving in its technology getting better and better.

If you already own a DSLR and are planning to switch or intend to buy a new camera and are in the dilemma of which one to opt for make sure you identify your nature of use and purpose first and what will benefit you according to your need keeping the features of both the cameras at your disposal.

However, if you are buying a Mirrorless it is certainly worth your money and extremely satisfactory keeping its outstanding features and technologies under consideration.